A new study confirms that mercury pollution can be found in isolated lakes and streams in national parks. Fish in these lakes suffer mercury pollution so serious that they develop significant health problems, and in many cases they are so poisonous that people are asked to limit their consumption of them.

With mercury’s ability to contaminate environments hundreds of miles from any source, how comfortable can we be with sources of mercury in our mouths? 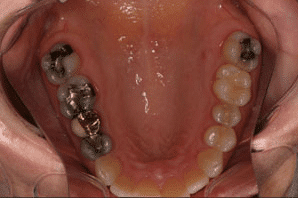 According to a report released last week by the US Geological Survey (USGS) and the National Park Service (NPS), many fish in the 21 national parks studied had high levels of mercury. Mercury was tested in fish over parks that were 4000 miles apart, from Alaska to Arizona, and all contained some degree of mercury contamination.

Water ecosystems are particularly sensitive to mercury pollution because microorganisms in water can convert elemental mercury to even more toxic methylmercury. Methylmercury then concentrates in the body of predators that eat contaminated prey, so that lake trout or striped bass, for example tend to develop higher mercury concentrations than other fish, and when people eat fish it builds up in the body over time.

The revelation from this study reminds us that if mercury can have such a damaging effect hundreds of miles from its source (or thousands–perhaps 50% of all mercury pollution in the air comes from non-US sources), it makes us wonder how much effect it may have when the source is right in our mouths. Although we haven’t resolved the question of the toxicity of mercury from fillings, we do know that metal amalgam fillings are a much more significant source of exposure for children than eating fish.

And there’s also the knowledge that mercury fillings are a significant contribution to airborne mercury pollution.

Even if mercury fillings are considered safe, why not take advantage of the fact that a filling upgrade gives you a much more attractive smile, and may also preserve your health.

To talk to a cosmetic dentist in the Hilton Head, SC area, please call Beyond Exceptional Dentistry at (843) 706-2999.