When it comes to creating an impression of approachability or trustworthiness, researchers have confirmed that a smile is your best asset. Researchers attempting to determine how we form quick judgments of people’s personality created a computer program that could model the first impression people would form about faces, concluding that smiling was an essential characteristic of an approachable face. 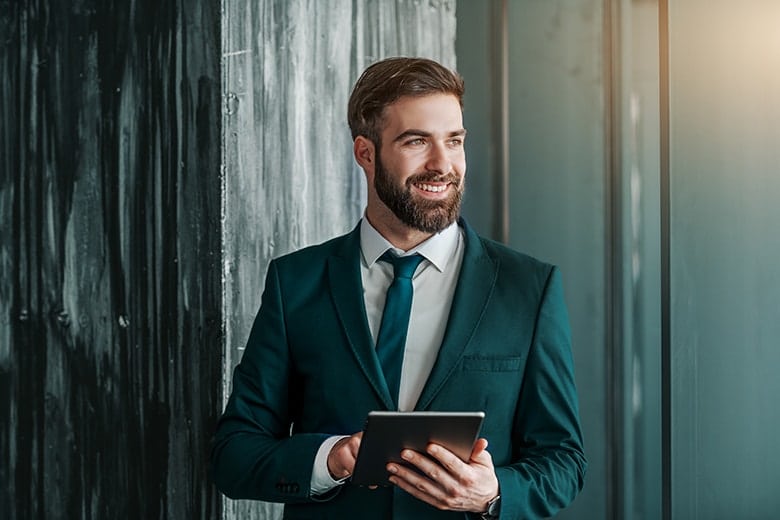 To start, researchers collected 1000 random face pictures from the Internet which were then shown to at least six people each, and individuals were asked to rate the faces on the basis of 16 different personality characteristics. Characteristics included different aspects of intelligence and personality to show the full range of snap judgments people make about faces, but boiled down to three essential elements: approachability and trustworthiness, youth and attractiveness, and dominance.

The computer was then used to generate a caricature of each face that was then compared to the rating of the face by volunteers. By comparing features of the caricatured faces to the ratings, the computer developed an algorithm for establishing how people would rate new faces. New caricatures were then shown to the computer, which used its algorithm to predict how the faces would be rated by people. It turns out the computer was able to predict impressions with such accuracy that researchers assert their algorithm accounts for nearly 60% of the variability among human raters.

Researchers determined that the primary characteristic of trustworthy faces was their smile. A smiling face makes a person look approachable and trustworthy. In comparison, a masculine face gives an impression of dominance. Youth and attractiveness is harder to quantify (and predict) because it is made up of more diverse characteristics.

How Is Your Smile?

Researchers note that judgments are often made in just a split second, which means that even very transitory facial expressions may have a dramatic impact on conclusions people make about you. To ensure that you make a proper impression, you should be prepared to smile instantly, and comfortably. If you are uncomfortable with your smile, on the other hand, a smile makeover can give you a smile you are happy to share instantly without worry.

To learn more about the potential benefits of a smile makeover, please call (843) 706-2999 for an appointment with a Hilton Head cosmetic dentist at Beyond Exceptional Dentistry.