What would you do if you had a few million extra dollars lying around? It’s a common question, and for many people the immediate answer is that they’d fix their smile.

For one man in Australia, this question suddenly stopped being theoretical as he unexpectedly won the lottery. And now he has said that fixing his smile is his top priority–he has spent considerable time researching the possibilities for getting a smile makeover. 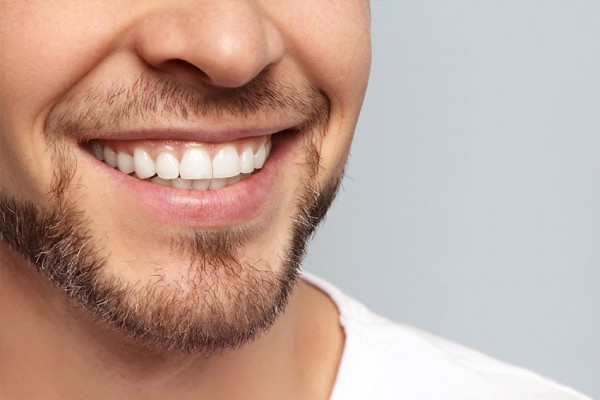 The man was watching the Australian Football League game between the Greater Western Sydney (GWS) Giants and the Sydney Swans when he decided to check on his lottery ticket, which he purchased online. However, he didn’t realize he’d won the jackpot of $10.3 million AUD ($7.5 million USD). Instead, he’d looked at the cost of his ticket, $14.60, and thought that’s what he had won.

A friend was trying to call him and congratulate him on the winning ticket, but he didn’t answer. He thought his friend (presumably a Swans fan) was calling to rub his nose in the ongoing game, where the Giants trailed by 23 points at halftime.

But later, he realized that he’d actually won the jackpot and he immediately began researching what he wanted to do with the money.

The first thing he wanted to do with the money was fix his teeth. The man, who wants to remain anonymous, told a lottery spokesperson that once he realized he’d won, he didn’t go to sleep until 5:30 AM because he was researching dental implants. He said, “I haven’t smiled in 20 years because my teeth are so bad.”

After getting his teeth fixed, the man said he wants to get a house, help some close friends, and increase contributions to an animal charity he currently supports.

While it’s certainly understandable that people think of their teeth as their first priority when they win the lottery, you don’t need to wait if you want to improve your smile.

First, the truth is that cosmetic dentistry is probably not as expensive as you think it is. Once limited to Hollywood stars and the richest individuals in the world, modern technology and techniques have brought the cost down while improving the appearance and durability of restorations. It’s affordable for many more people now than in the past.

In addition, we usually have many options for achieving the cosmetic results you’re looking for. We can tailor our approach to fit most budgets, though this might sometimes require a compromise.

Finally, financing is more readily available than ever. This can help people who have fairly modest means to achieve the smile of their dreams.

Are You Ready to Smile Again?

We understand if you are unhappy with the appearance of your teeth and it makes you reluctant to smile. We have helped many patients in your situation to get beautiful, functional, and durable results.

To learn whether we can help you get the smile you desire, please call (843) 706-2999 today for an appointment with a Hilton Head cosmetic dentist at Beyond Exceptional Dentistry.